Brennan & Smith have been providing the New England with eye care services for over 30 years. Our team strive to provide the greatest quality of eye health and eye wear by using the latest in technology and the most advanced products. Brennan & Smith are able to diagnose and treat a number of eye diseases such as glaucoma, diabetes, cataracts and macular degeneration.

Our optometrists will fit and design complex contact lens prescriptions, as well as tailor make specialty glasses. Our expert and experienced staff are dedicated to finding the perfect glasses to suit individual needs. Our lifetime servicing, and devoted commitment to eye health is clear, as members of the New England and abroad have benefited from the help and expertise of our friendly staff for over 30 years. Brennan & Smith provide the small town care with a big heart and welcome all new and existing patients.

Our Way of Life

Our expert staff are dedicated to finding the perfect glasses to suit individual needs.

Our lifetime servicing, and devoted commitment to eye health is clear, as members of the New England and abroad have benefited from the help and expertise of our friendly staff for over 30 years.

Brennan & Smith provide the small town care with a big heart and welcome all new and existing patients.

FRAMES FOR ALL NEEDS

At Brennan & Smith Optometrists, we offer an extensive range of glasses and sunglass frames to choose from. Faces come in all shapes and sizes and we cater for each individual with a broad range of styles and fashion options. Our frames range from exclusive fashion designer to budget options to cater for everyone’s needs.

Choosing a frame can be a difficult process, we are here to help find a frame that you look and feel great wearing. We are even able to help with complex frames, such as prescription swimming goggles, motorbike masks, cycling glasses to name a few.

Brennan & Smith use the latest in advanced technology to offer superior eye testing. At Brennan & Smith we are able to perform complex digital retinal photography, perform visual field analysis, have access to diagnostic and therapeutic medicines to examine every aspect of each individuals eyes.

Our dispensing technology is state of the art, by using real time head movements and posture to understand how each individual wear’s their glasses is revolutionary in the way glasses are prescribed and measured.

Technology is constantly changing in the 21st century and our staff commit themselves to keeping up to date with conferences and seminars to access the latest in optical and contact lenses and most importantly eye health.

Our Commitment to You

Our commitment to you begins as soon as you walk through our doors. Optical lenses are made to suit different uses and individuals. Our staff are trained to determine the best lenses for you and so they also suit your lifestyle.

Understanding the best type of lens to use in your glasses such as specialty multifocals, the optimum lens coating- UV and blue light protection, and making the lenses thinner and lighter are examples of lens options available for everyone. And the list does not end there!

Is glare troubling you? Do you work in a brightly lit office environment? Do you have trouble changing focus? These are questions we may ask when helping you choose the right glasses for you!

Brennan & Smith understand daily life can be hectic and sometimes glasses become loose or misaligned. We guarantee our patients lifetime adjustments for all frames purchased. We also offer suitable options for repairs and replacements

Brennan & Smith use HICAPS (private health fund claiming) which provides the convenience of automatic claim processing on the spot! This allows for convenience and peace of mind when choosing the right glasses.

We also provide layby options to help with the purchase of any glasses, sunglasses or contact lenses.

Brennan & Smith is a bulk billing practice. This means that medicare helps pay for your eye examination. Some procedures that medicare does not pay for includes: digital retinal photography and contact lens teaches. 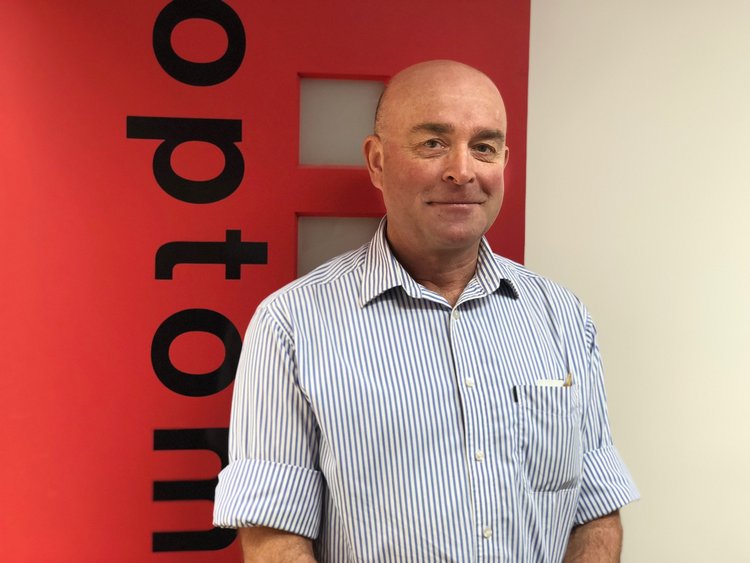 Mark graduated in 1982 with a bachelor of Optometry from UNSW. He worked in suburban Sydney before completing the requirements to gain registration in the UK. Working across various practices in England gave him 3 years of valuable and unique professional experience. When he returned to Australia Mark was keen to establish his own practice and after some searching decided Armidale ticked all the boxes. He moved with his family in 1988 setting the practice up with his good friend whose name is still part of the now familiar Brennan & Smith. Mark continued with Brennan & Smith expanding the practice to Inverell, Tenterfield and Glen Innes in the following years.

Mark is a highly experienced professional who continues to be well respected in the field, and who is still passionate about his work. Recently he reduced his work hours to be able to pursue more of his outside interests which include cooking, nutrition, fitness and farming, and travelling to see his three children who are spread across the world. 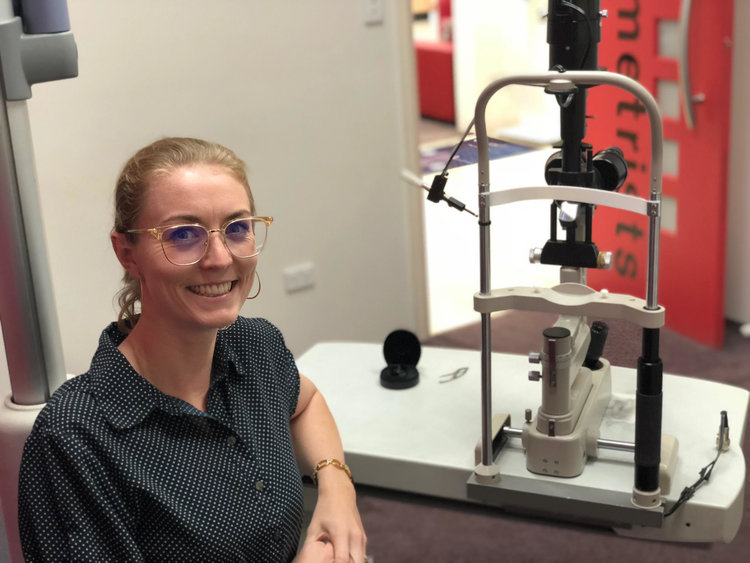 Kate graduated from UNSW with honours in Optometry and Vision Science. Kate could not wait to move back ‘home’ to the country to start her career in private practise as an independent optometrist. Kate’s particular interests are in disease detection and management, as well as a holistic management when combating children’s vision. Kate’s therapeutic qualification allows her to prescribe and manage a plethora of eye conditions and particularly enjoys co-managing glaucoma, removing metallic foreign bodies as well as diagnosing and treating a host of sore eyes, such as uveitis. Kate travels between all 4 Brennan & Smith stores and enjoys the challenge and change of scenery each practise offers. Kate likes to offer “quality eye care, NOT cheap eye care” and has been able to offer this in private practise. Kate is also fully qualified to offer CASA (Civil Aviation Safety Authority) Eye examination for pilot licenses.

Outside of work, Kate enjoys working on the family farm, where Wagyu beef and border collie pups keep weekends busy. 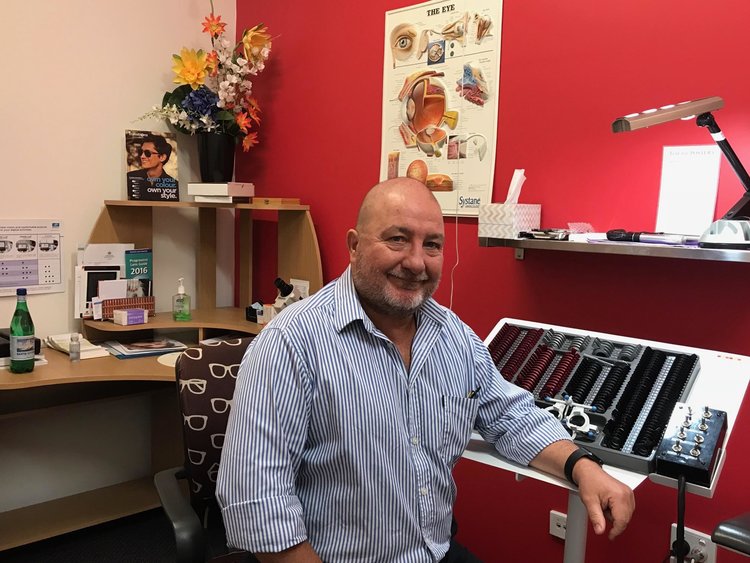 Mark St Ledger graduated from the University of New South Wales with a Bachelor of Optometry in 1982. He continued further studies in London in 1983,  after which he practiced for 13 years in the UK.  Mark owned an Optometry practice in Sydney from 1998 to 2005.

After selling this practice, Mark commuted from Sydney to Armidale for 10 years until settling in Armidale on a more permanent basis in 2015,  and more recently becoming a business partner,  bringing a wealth of experience to his practices in Glen Innes, Armidale and Tenterfield.

Mark is the proud father of two children - Joshua & Georgia.  Outside work his passions include Rugby, snow skiing, travelling and the beach. He played Rugby for Randwick, has skied in resorts around the world, travelled extensively around the globe and belongs to the Clovelly surf club.  He has recently undertaken open water ocean swimming with a desire to do more. 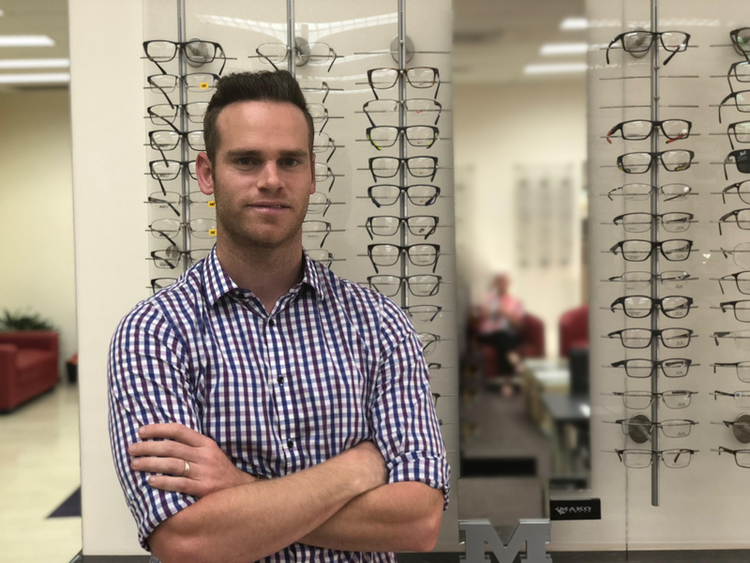 Trent joined our team at Brennan & Smith in 2012 after graduating from the University of New South Wales with First-Class Honours. Born and raised in Inverell, Trent was eager to return to his local community and provide comprehensive eye care to the New England area. He is therapeutically endorsed for scheduled medicines and has a keen interest in ocular disease, especially the retina and prides himself on thorough examinations to provide both the best refractive result for his patients as well as the early detection and treatment of all ocular conditions. In his spare time, you will find Trent on the golf course or soccer pitch and after becoming a business partner in 2017, he envisages himself to remain an important member of the team for years to come”.

Belinda is the newest member of our Armidale team, and is a familiar face to many of those living in the area,  always offering a helping hand with honest and professional advice.

Sonya has been with us for over 21 years.  Her experience in retail and customer service when combined with her knowledge and proficiency of optics makes her an asset to the Brennan & Smith team

Suzie is a friendly and familiar face and her knowledge and experience remains unparalleled in the optics industry. Suzie is our longest serving Staff member with over 30 years with Brennan & Smith.

Amy is a qualified optical dispenser and has gained invaluable knowledge throughout her studies and years of experience. Amy enjoys the challenge of catering for the diverse needs of our customers and tailoring an eyecare solution to meet individual fashion and lifestyle needs.

Articles about Brennan and Smith